So, I noticed one subject on the forums that I haven’t seen anyone else make. Dinosaurs! My game thread ended up getting closed but the links of the games still work. I will link it below. I’m actually obsessed with dinosaurs plus other prehistoric animals of the past.

Did anyone else know there is a theme park in three states in the U.S!?

Okay, to get back on track. I want to openly debate with other users over Dinosaurs since they are a huge subject that many do not dwell on. I know that most of the time many people see an old fossil as nothing but to me that is an insight to a past that was extremely different from the Earth of today.


In the link above is an article written about the infamous crater made by the astroid that killed almost everyone living creature in the surrounding areas. Now, there are many factors that lead to the extinction of the Dinosaurs but the astroid was the last straw on the camel’s back. It created tsunamis that hit the coasts of the super continent that the world was in. There is speculation that this event also caused Volcanoes to erupt which lead to wiping out the Dinosaurs in the weeks that followed the asteroids impact. Though many have spoken about the Dinosaurs were already dying off well before the asteroid hit due to disease and a possible famine that was plaguing the dinosaurs.

What do you know about dinosaurs? Do you play any dinosaur games? Do you have a favorite dinosaur? Do you have a dinosaur that you dislike? If it were possible would want to go back to meet the dinosaurs of the past? How did your interest in prehistoric animals and dinosaurs come together?

You can list anything about dinosaurs here on this thread! I’m hoping we can get more threads about Dinosaurs made up. It’s a amazing history to look into!

Interesting. Maybe new @Scientists have some theories or additions to this?

There is speculation that this event also caused Volcanoes to erupt which lead to wiping out the Dinosaurs in the weeks that followed the asteroids impact. Though many have spoken about the Dinosaurs were already dying off well before the asteroid hit due to disease and a possible famine that was plaguing the dinosaurs.

I actually think that’s quite possible and wouldn’t be surprised if that was the case tbh.

Yeah, I think it’s possible as well. Earth had already started changing climate wise before the astroid hit. It was just a matter of time pretty much.

Dinosaurs!!! I’ve always had a fascination with dinosaurs as long as I can remember. Ive never done any research or anything with them, but I’ve always thought they were so cool.

I love dinosaurs too! You should try the app called Life on Earth it goes over the different creatures that lived during the era’s of the earth. It’s also the app I used for the Late Night Quiz.

So, they have been unearthing this T-Rex fossil since 1995 which is known to be the biggest fossil specimen so far.

Huge T. rex fossil suggests many dinosaurs were bigger than we thought

The discovery of a T. rex that was 400 kilograms heavier than any other found so far suggests we may have underestimated the size of this and other dinosaurs

Yep! There have been some new discoveries found this year as well in other parts of the world.

Fun fact there is no real full t-Rex skeleton we have ever found that wasn’t reorganized to look like the ones we see in museums today.

Do you play any dinosaur games

Yes and no. If you gave me a dinosaur game, I would play it way too much. But rn, no games currently… Actually wait jurassic world evolution, that game is entertaining

Do you have a favorite dinosaur

Do you have a dinosaur that you dislike

As long as i’m safe.

How did your interest in prehistoric animals and dinosaurs come together?

No particular reason. the jurassic park theme plays in the background

So, this is one of the new discoveries for the new year!
What do you think? A team of researchers announces a first in paleontology: a dinosaur preserved sitting atop a nest of its own eggs with fossilized babies inside.

That sounds cool for the archeologist and dinosaur community but it must just be so sad dying while trying to protect your babies who have now been fossilized. 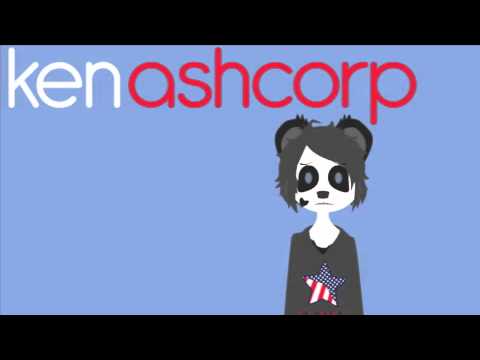 Additionally, I think this is a cool song for this thread (I’m pretty sure there are some curse words though so warning right now. additionally they have some rated R lewd thumbnails on some of their other songs just so no one stumbles across something they weren’t expecting by trying to look into the artist)
Furthermore, my name is semi-based on a dinosaur actually. It’s not a real one but think Nessy or a Levithan. Since a lot of people clearly know those and already use those names I decided to go with a sea monster called Cadborosaurus from Caboro lake. I’d have to say long necks are my favorite (I can never spell the name so I’m just saying long necks) and that Land Before Time was a fun show to watch as a kid. As a conclusion Dinosaurs cool, good day
1 Like
WolfGamerGirl37 16 January 2021 20:41 #14

I will check the video out later. It is sad about the babies and the mother for sure. I’m going to have to look up that sea monster. I loved Land Before Time shows! I use to watch most of them as a kid. No worries, I’m not good with the names either.

Hi! Which dinosaurs are you interested in other than the compsognathus?

Hmmmmm…um, I’m not sure. There are so many.

Oh yeah, most definitely! Have you heard about the titanosaur dinosaurs?