Discussion: Racism: Are We Racist?

The idea for this thread came from this video: 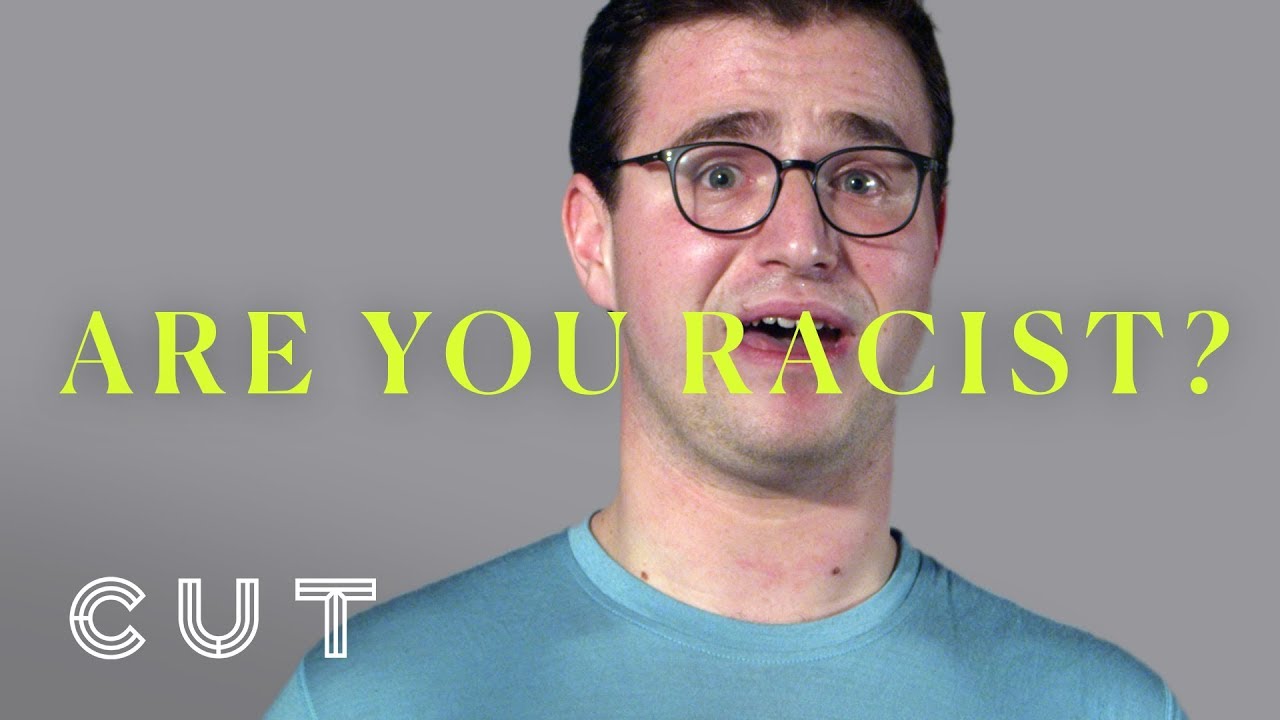 Questions that the video kinda brought up:
Are you racist? Have you been racist before?

Can we all be racist? Ex: Can only white people be racist?

I think that I have been a little racist in the past, probably when I was younger. I didn’t see a lot of black people being represented in TV and just saw white couples so I thought that that was the norm. This is obviously a huge problem. I think that we all can be racist and have racist moments, but it’s about how we choose to improve and not have those stupid ideas anymore.

Yeah, sad to admit it but I have. I grew up in a household that wasn’t afraid to have ‘controversial’ or ‘edgy’ opinions or whatever, so I had a lot of prejudices kind of burnt into my brain. I’m trying really hard to improve and not judge people by first impressions, though.

Yeah, we all have some prejudices based on portrayal of people by the media and past experiences. What we have to do is learn to look past those and judge people on who they really are.

Can we all be racist?

Definitely. Don’t hit me with the ‘bUt ItS bAsEd On PoWeR’ BS. If you are prejudiced against someone about their race, you’re racist.

We aren’t all racist but we have the power to be racist.

But once, I made a horrible comment on tv. Seeing a white guy play basketball. I automatically assumed the player was black because of the stereotype “black people are good at sports”. Not one of my best moments

Can we all be racist?

I guess we can…

Well, seeing as racist means discriminating someone because of their race (or valuing them over others), everyone can be racist.

everyone can be racist.

Everyone in their life has probably been racist. Just the outcome or the overall affect depends on what race you talking about. Which should change! You shouldn’t get a lesser punishment for making fun of mexicans than you would for african-american. Racism is racism no matter the race.

I have been racist when I was a kid, but for some reason it was only targeted at adults? I know that kind of behavior came from my grandparents and while I didn’t care about the skin colour of the kids around me, I expected all just slightly darker skinned adults to be evil. Luckily I got rid of that thinking really soon but it scares me how easily kids can be influenced by their family.

I’ll tag @Discussions here because this is a very interesting discussion!

I am not racist, no. However, as a half-Indian person raised by grandparents born in the 1950s, I have to say that I had to make a conscious effort not to be. My grandparents can often throw around casual anti-Pakistani racism that I internalised as a kid. Obviously, my grandparents lived through some hard times between India and Pakistan and so it’s understandable why they hold their views, but not ok.

Other than that, I was made to kinda feel shameful of my black side from my extended Indian family. There’s a lot of colourism in India and obviously being half-black made me quite a bit darker than my light-skinned family. Even now, people see my baby sisters as more beautiful because they’re fair-skinned (well, duh. They’re half white).

So I did feel ashamed. Especially when I went to an Indian school and being only half Indian made me a bit of an outcast or weirdo. I kinda ended up isolating myself and having very few friends. I think I was 14 when I brought this up to my (black) dad and he helped me work through it and love my heritage. He spent a lot of time educating me on why I should be proud of who I am from both sides and I started loving the strength and beauty of both sides of my ancestors.

That took time, though! In some ways, I’m still working through issues with colourism in the black community now, which obviously aren’t racism, but they’re linked.

I’ve expressed this opinion before and been openly mocked for it, but colourism doesn’t help light-skinned black women, either. We’re fetishised and held to impossible standards and then we’re derided by darker-skinned people for being the “favourites” or “having it easier”. I hate the fact that people mock my struggles. It’s absolutely disgusting and hypocritical. We’re supposed to be in this together and I would never mock the struggles of darker-skinned ladies.

Personally, I think that everyone has prejudiced tendencies. It comes from the fact that we’re so used to othering people! I don’t think that makes anyone automatically racist, though. I think it’s about recognising when you have those racist thoughts and making a conscious effort to avoid them. Racists don’t care for that kinda self-reflection – whether they’re aware of it (they usually are but don’t care) or not.

gasps shanni you’re indian!? Im indian too and yes i’ve been racist when i was like 8-10, i was a kid, and in india, racism is reallyy bad because of some uneducated old beings… Kids learn from
their surroundings and in my family, mostly my grandmother is kindaaa racist So i basically learned from her…

I can honestly say no. But the demons tried convince me I was. But thankfully, God showed me who I am. I’m not like that. I believe everyone is equal.
But if I didn’t know who I am than it would be easy for the demons to trick me. Putting hate in my heart and believing lies.

I grew up with a different way at looking at people of color. My dad employed black people when I was younger so I grew up around them a lot same with mexicans. Now, My dad knew these guys really well so he could cut up with all the time. They would say things that would come off racist but in a joking matter. I would never say those things to anyone myself but he was from a different era so that is something I have to remind myself. I’m not racist but I have to be careful because I’ve been around people like that who are racist to others like some of my mom side of the family is like that. They practically shunned my cousin Mary when she got pregnant with her boyfriends baby who was black. I haven’t seen Mary since that happened but she did come to a family get together that I missed with her kid. Wish I had a chance to see her since we got along really well. There was this incident in school once where this jacka** didn’t listen to the full conversation me and @Galactic_Kat were having over project ideas. She wanted to make a project on the Civil War but I wanted to do one on Ancient Egypt instead so we basically went back and forth for a couple of minutes going over why we wanted to do project based on our ideas. I basically said I didn’t want to go over a subject that I heard every year since it was our history. I wanted to learn something new about another ancient civilization. Well because of what I said this jacka** yelled out racist down the hallway. It was so stupid because what I had said hadn’t been racist at all. Now that I think about maybe we should of asked the teacher if we could of done the project on two subjects instead. Oh well, it’s in the past. I couldn’t date people of color even though I three of the people I had crushes on were black and mexican during that time in high school. I think I had a crush on my sisters friend Cameron but he was three years older than me. Let me know of what you think about what I wrote.

Interesting. Yeah maybe back then talking to the teacher would’ve been a good idea.

I think it’s difficult to know for sure what anyone thinks racism is. Everyone has their opinions. Though that person who yelled, I’m sure they didn’t know the context of what we were talking about. And just by what they overheard, to them, was racist.

But knowing what I know of history, it’s sad that this still has to be a topic. By now people should be open minded, and understanding of others. I think the human instinct of always wanting to be right is getting in the way.
I’ve got multiple friends of different races. And I myself wasn’t born an American. Everyone is unique, and everyone matters.

Agreed, it was that time in the hallway when we were arguing over what to do. Though I now wished we had done both projects instead. I felt bad for getting the flu during that project though.

i agree. I feel a lot has to do with how someone was raised. Just as we get older we form our own biases and opinions. I also feel like some people say something racist but don’t intend on it being taken that way.

Haha yeah my mum is Gujarati!

I bookmarked a post on here that has since been deleted about accidental use of a slur like the T-slur or N-slur. I meant to reply to it, but I have had a really rough week with my depression and anxiety.

I won’t name the person because they may have deleted for a reason, but I will say this:

We all make mistakes! It is very easy to accidentally repeat words that you hear around you all the time. It doesn’t make you racist or sexist or transphobic! This is especially true if you feel bad. You never meant to hurt anyone by it and so you shouldn’t beat yourself up.

As long as you know that what you did was wrong and you try to do better in the future, you’re absolutely fine!

But if you are still feeling bad, why not do something good for that community as a way to counteract it? I’m not saying that people should just go around dropping the N-bomb and then giving big donations to BLM charities to “pay” to be allowed to use the N word. What I mean is the once you have made a commitment to changing, it might be a good way to make your conscience feel a little better.

Maybe promote a story that is about that group? Read a blog post or two by a blogger who belongs to that minority group? Share some of the best advice you found on humanising that group of people? It’s up to you!

I’m mixed half Indian and half black too, but my mom is Nigerian and my dad is Indian.

I lived in the U.S my whole life, and over here, it’s pretty progressive where I live. When I tell people I’m mixed, they don’t really have any problem with it. My black extended family have never been bothered with the fact I’m Indian, and are always excited and happy to see me and my parents.

My Indian extended family never tried to hide the fact that they thought my dad should have married in his race. They aren’t racist, but more arrogant and demanding. They never talk about me, but I know my grandparents dislike my mom just because she’s black. That’s why my parents never go see my Indian family anymore.