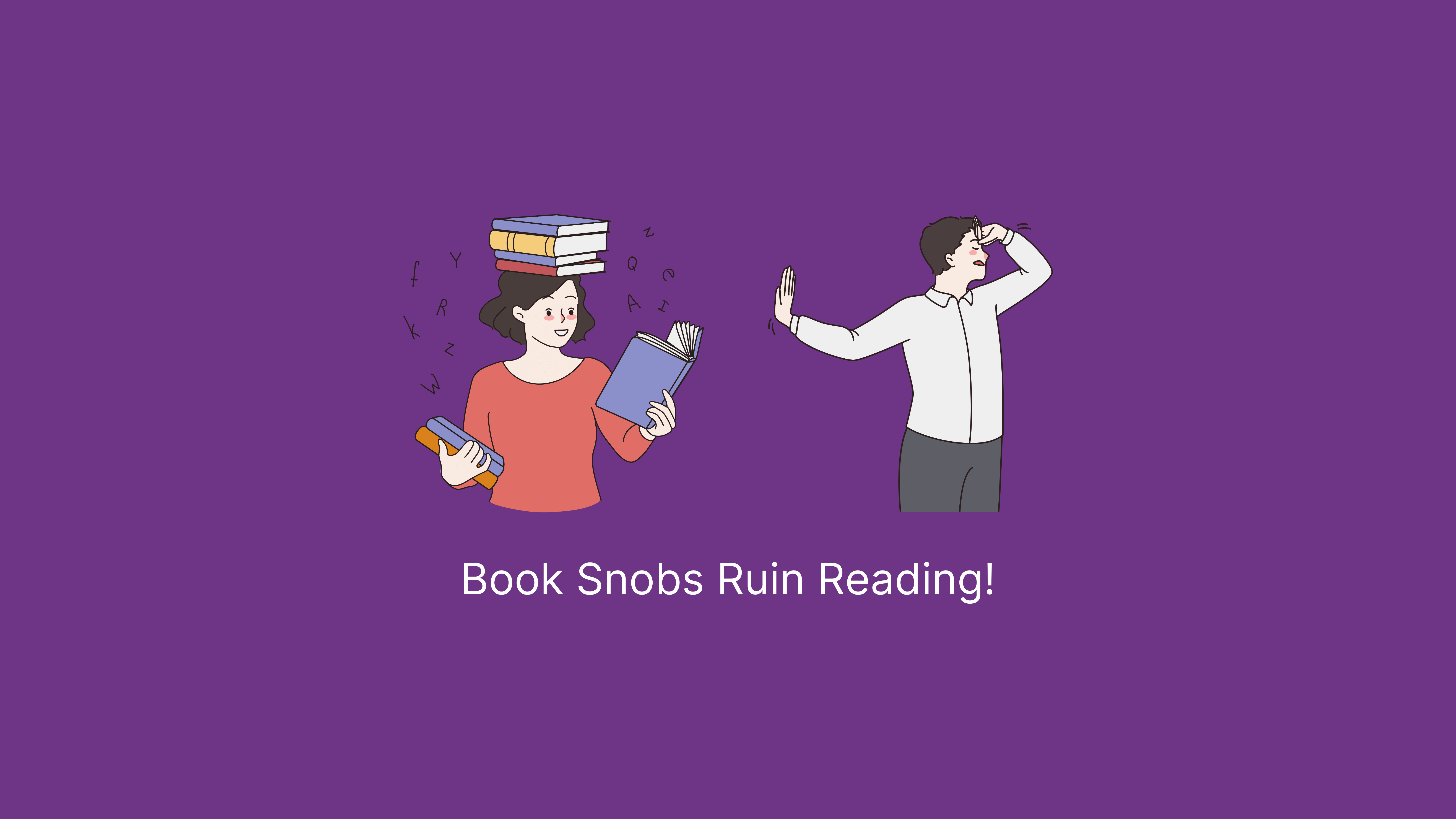 If your child is just discovering their love of books, being a snob could completely kill their passion! Here's why.

oh this is an interesting read

i wanna talk more about the point on diversity because this is something i’ve studied myself. as a latino, i’ve had the privilege (?) of being familiarised with different literary canons. aside from the english speaking canons, i’ve also gotten to read Cervantes, García Márquez, Borges, Unamuno, Eco, Cortázar… these are all pretty canonical Spanish language writers (at least here in latam), and i’m just listing off some of the last names i’m reading from the bookshelf right in front of me. The problem of diversity persists, though. All of these writers are men, and while i don’t presume to know their sexual orientation, i have not heard of any of them being queer. And some of them are still white.
i have a particular bone to pick with Colombian costumbrist (?) literature making María its most popular novel, when Dolores by Soledad Acosta de Samper is right there, highlighting a much more realistic life, led by Colombian women in the XIXth century. Instead, the canon we get is the novel about the oh so special literate dude and his privileged life and the tragedy of (incest and racism cw) being in love with his sickly, exotic cousin.
but this is the thing about canon. “canon” is a bs term, made up by elites to perpetuate their position in their pretty little ivory towers. of course Dolores isn’t THE Colombian costumbrist novel because it gives a voice to a woman, as opposed to the high class, male protagonist of María. that’s what canon is, perpetuating power structures and deciding who gets a voice and who doesn’t.

that said, i’m also extremely privileged to study literature in an university where intersectionality and more “unheard” voices are very important to the professors.
i’ve gotten to read plenty of women, even discussing Christine de Pizan’s historical importance in a class that was meant to be about Ovid.
i’ve read indigenous and latine and black voices (i took a course last year that was all about Medea retellings from latine perspectives, and two of the texts were also about a queer, latine reading of Medea).
i’ve read a lot of queer authors, and discussed their queerness as an important aspect of their works.
even in more canonical courses… well a friend and i once brought up to this professor how he didn’t have us read any women writers for his XVI-XVII Spanish theatre class. we discussed it and the complications of finding women in literary canons and he changed the syllabus immediately. next semester, he dedicated half of the sem to women writers.
and honestly? it’s learning about all these different people. marginalised people who are also somehow like me and completely different at the same time, that gets me fired up when discussing lit with my friends.
sure, i love Shakespeare as much as the next theatre nerd. i love my dead, russian, male writers (my heart broke a little when you said Tolstoy isn’t for you, since The Death of Ivan Ilych has a very special place in my heart, but i understand lol, and anyone who talks to me will know i love Chekhov), my heart broke and i genuinely teared up (something i rarely ever do) when reading Balzac.
and i’m a classicist, my Greek-French bilingual copy of the Iliad is one of my most valued possessions, and i have gone on rants about why i prefer Homer’s depiction of the relationship between Achilles and Patroclus over Madeline Miller (sorry any SOA fans out here).
still, it’s branching out in literature what has kept my passion going.

and speaking of branching out, i’ve also branched out in terms of media i’ve read, and that has helped me get through a very hard burnout period while still retaining my love for reading.
i read comic books, web comics (if you want webtoon recs, hmu), visual novels, fanfics, etc.
and you know what? i’ve written longer essays about a single character in a visual novel, than i’ve written essays about entire novels for uni.
dismissing other types of reading because they’re not traditional books is doing such a disservice both to the enjoyment of reading and to knowing how to analyse texts.

and if i may ramble a bit more about fanfic (*points at title*)
one of my main memories of my teenage years was my parents belittling me and being… not very nice about me reading gay fanfic (hi past Cam, i’m glad to tell you that you now have a very queer group of friends and that you all write gay fanfic together and it’s wonderful). but fanfic (and yes, gay fanfic because i’m gay as f*ck) is what made me go back to writing creatively after uni burnout killed my will to write. fanfic is what made me realise that hey, i’m still reading, and putting myself down for not reading as much as i did when i was younger is only harming myself and my will to read altogether.

When I was younger - like 8, i would get books way ahead of reading level. Sometimes my mom would notice, but what I didn’t like the most was that no one else my age liked the books I did. I totally agree with this article.

Thank you so much for this! I read it a few days ago but I was super busy with work!

I completely agree with you about the importance of diversity in literature. I’ve never heard of the queer interpretation of Medea! You’ll have to tell me more about that!

Right now, I’m reading The Bloody Chamber, which is a set of short stories I might teach in September. It challenges the way we conventionally see fairy tales by presenting it in a more feminist way – or highlighting the views of women in conventional fairy tales using shock.

Tolstoy’s writing has never been my thing, haha! However, I can completely agree with you about Chekhov! Him and Ibsen. Love them both!

i’m a bit… kinda sorta running against time this week (uni + a trip from my “job” have had me super busy) but i can tell you abt the queer interpretation of Medea later! it’s very interesting!

and oooooh that sounds so cool! i gotta check out The Bloody Chamber then (is the title a reference to Bluebeard? bc those are the vibes i’m getting)

and valid! Russian writers in general are not for everyone (i know i can’t read Dostoevsky without taking a lot of breaks tbh) and yeah! Chekhov and Ibsen are so good!

A bit of a warning about the Bloody Chamber, though: it can be super disturbing. It doesn’t shy away from commenting on the sexual objectification and abuse of women.

I’m not sure about the Bluebeard reference! It never occurred to me! I always considered it a reference to menstruation haha