Netflix Recommendation: Who is the Mole?

So for most of you this will not be that big of a deal, but personally I’m EXTREMLY EXCITED!!!

So for some of you who have known me, I’m a big fan of the Dutch tv version that started in Belgium in 2001 to 2008. In The Netherlands we are currently in season 22 meaning it’s been since airing I was 2 and so I grew up with this, watching it every year. (and some of you may know that I have been wanting to make a forum version of this show for like 3 years now!)

AND NOW THEY HAVE A NETFLIX VERSION!

to give a quick summery

The game is played by twelve candidates. These candidates travel abroad, where they carry out assignments with which they can earn money for the pot. One of the candidates, the mole, secretly tries to sabotage the assignments so that money goes out of the pot or no money goes into the pot at all. The other candidates try to find out who this impostor is.

When there are three candidates left, the final is played. In the final there are usually fewer assignments where money can be earned for the pot. At the end of the final, the finalists take a final test, which, unlike the regular tests, contains 40 questions. This test covers the entire season. Whoever answers the most questions correctly wins the game. If there is an equal number of correct answers, the one who completed the test the fastest wins. This candidate wins the contents of the pot. This will be announced in the last episode (the reunion) that will be broadcast a week after the finale. It also reveals who the mole was and how he sabotaged the missions.

note that this is something I’m taking from our version so there might be element that aren’t yet introduced, I’m not done watching it fully yet.

Exemption: If a candidate chooses to use it, that candidate will automatically advance to the next episode regardless of the outcome of the test.

Joker: If a candidate bets a joker, an incorrectly answered test question is counted correctly.

All these assets can be earned during the assignments, whether or not at the expense of the money to be earned.

What makes this such a nice program is that unlike many programs the viewer does not know who the mole is. It will be edited so that recorded moles actions are not broadcast for viewers.

My tip would be to watch it together with friends and all decide who you think is the mole. maybe make a bet that whoever is able to guess it right, gets treated to dinner or something by the other friends.

In the Netherlands, they made an app that lets you do that with friends and family that updates minutes after every episode. You vote every week who you think the mole is. you can bet a number of points and possibly divide it among several candidates. if that candidate(s) continues, the points bet is doubled, if the candidate has to leave, you lose your points.

I would find it very cool if Netflix decides to take over the interactive elements of the Dutch version, because last season the Dutch were able to participate via a livestream with an assignment that influenced the money amount of the final.
(they had to vote who they thought the mole was. If the mole was between the 2 main suspects, 5000 went into the pot, if the mole was with the least suspect 2, 5000 went out of the pot).

@NetflixJunkies
have you watched it?
Have you ever heard from the old versions?
what do you think of the concept of the series? 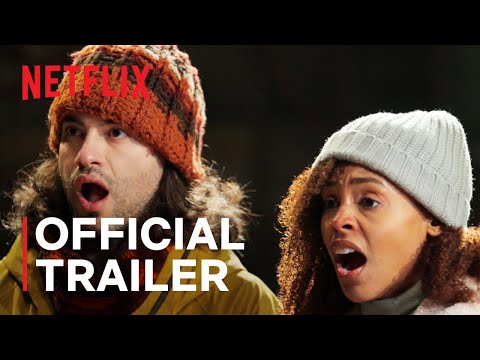 Okay, as an absolute lover of the Dutch but mainly also the Belgian Mole, I was super excited about this. However, I ended up being slightly disappointed. Almost all challenges were directly copied from either previous Dutch or Belgian challenges. So that kinda made me enjoy it less. Furthermore, the pacing was a bit off. Maybe partially because it only got released over a span of 3 weeks, but it felt way too quick. It didn’t build that tension as the Dutch/Belgian seasons excel at. To say it bluntly, I didn’t really care whoever the mole was. Where the Dutch/Belgian seasons have 10 episodes between 1.5 and 2 hours usually, they squeezed all that into a season of 10 episodes of 40 minutes. It just didn’t work for me. Tho, I have to say, the casting was great. There were some really interesting and fun players in there (personal favourite was Greg). The host annoyed me tho. Still absolutely love the idea of the Mole, the execution just wasn’t as good in my opinion.

However, I ended up being slightly disappointed

honestly same, I made the post when I didn’t watch much and wanted to give a review on it afterwards but this is what I have so far:

just as a show for others as to what we’re talking about, watch the trailer and then compare it with the first episode of season 22 of the Dutch version with English sub. 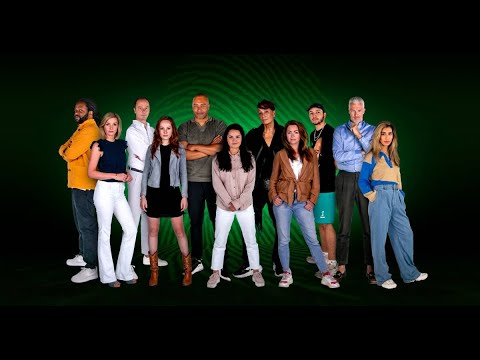 I also like the concept of the ‘paymaster’ more as it leaves the candidates responsible for the money of the pot and the mole can even take some of it while also being able to be caught doing so. like Kim and Averon during season 22

Because the Netflix series has ‘too much quality’, it seems like things are staged.

Funny you say this. To me it almost felt like a highly dramatised reenactment of the Dutch/Belgian series.

Netflix loves the cliffhangers and so you don’t know who is out until the next episode, but with the Dutch version you do know, this allows you as a viewer (here there is a new episode every week) to participate more in the guess game.

Definitely agree with that for sure.

the pace of the episodes. it happens so fast that you don’t see much of the participants.

Not sure if you’ve watched the recent Belgian series, but part of its charm is really that you feel like you get to know these people. It’s not just about challenges, there’s also more like interactions between the players besides those and stuff.

I also like the concept of the ‘paymaster’ more as it leaves the candidates responsible for the money of the pot and the mole can even take some of it while also being able to be caught doing so. like Kim and Averon during season 22

Yep, things like that weren’t included in this Netflix series as they probably wanted to keep it short and to the point, but there’s so much wasted opportunities.

Also, in this Netflix series there was a challenge they had to break in a museum. That’s stolen from a Belgian challenge, which is still my favourite challenge ever. Only, there was a twist in that one, they sort of arranged a party and basically all players were drunk, and then were woken up at 3am to do the challenge. It sounds weird if I explain it like this, but it was just so funny and perfectly thought through by the Belgian developers. That’s why I’m kinda disappointed mainly, they took a lot of hard work from people who actually thought about these challenges, and made them in a worse version of those.

Also something I miss is the interaction with the actual location.
note that I’ve yet to finish it but in the dutch version there is something historical about the tasks sometimes and themed around the area. they have to interact with the locals and embrace the culture more.

Yeah, most of these challenges could have been done anywhere worldwide. It’s a shame, cause Australia is such a rad country with so much more culture than they showcased. The Dutch and Belgian seasons always make me feel like I want to travel to the country they are in, this Netflix season didn’t do that…

I started watching it, it’s so fun!! I wanna be on the show!
I think I’m on ep 7 and I really can’t tell who the mole is

What do you think of the fact that you as a viewer don’t know who the mole is either?

I really enjoyed this series. But in saying that, I hadn’t seen any of the other versions.

Idk how distracting it is, but I suggest watching the dutch version of last year, as it has English sup titles and it shows the right charms of the version we know.

Here’s the first episode if you like to try it. 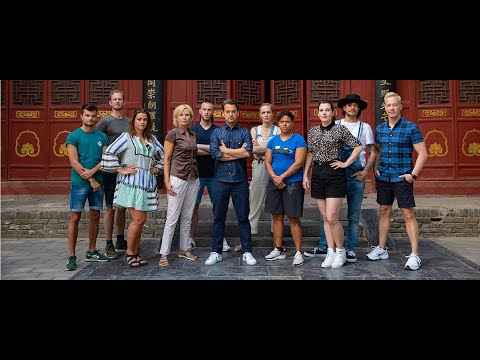 Will look at it this week! (wink) Cheers.

Funny thing is that I learnt that we (in New Zealand) had a version back in 2000. HAHAHA