For this week’s Question Thread, we have @Konix ! Congratulations!

If any of you have any questions for them, feel free to post below! If you wanna blow up their notifications, feel free to @ them, too!

The questions can be as silly as you like. Just make sure you’re following the guidelines – no swearing or NSFW/mature questions, please!

If you’d like to have the chance to be chosen for next week, sign up to the @QuestionsThread Group!
Remember you need to post a question at least to be kept in the running for questions star!

i’m looking forward to this

try to see how fast i can run, i always wanted to run really fast as a kid but sadly my will didn’t match my power

If you were transported 400 years into the past with no clothes or anything else, how would you prove that you were from the future?

I would prove it by writing everything that I know from my time. I doubt people would believe me at first, but they will later on. Unfortunately, people might mistake as a god or something of the sorts since i predicted many many things, but maybe I would alter the future if people were to read what I wrote.

If someone asked to be your apprentice and learn all that you know, what would you teach them?

I would teach them how to surpass the limitations that your mind puts onto you, survival skills, marksmanship and how to analyze things with logic.

If you were arrested with no explanation, what would your friends and family assume you had done?

That’s a funny one. I actually don’t know, but if I were to have a car i’d say speeding.

What would the world be like if it was filled with male and female copies of you?

Mutual agreement and I think everyone would vibe with each other. (I think that applies to everyone, because if everyone is exactly like you then why would you not get along) The question would probably be more interesting if it was “What would the world be like if it was filled with people who share alot of similarities with you”

What is the weirdest thing you have seen in someone else’s home?

A few years ago I went to my buddy’s house to celebrate his birthday, and his dad was yelling at him and his siblings, like, in a really weird way. It was something so stupid and idk the vibe there was so weird. Safe to say I left early and kept my distance after that lol, weird familly.

In one sentence, how would you sum up the internet?

a realm for people to debate, control, and make money.

If animals could talk, which would be the rudest? Why?

monkeys, there are alot of videos on the internet of them making fun of humans, so I don’t doubt that if they had the ability to speak they would roast the f^ck out of us.

If you could eat only one food for the rest of your life, what would it be?

What conspiracy theories do you believe in?

The internet labels them as “conspiracy theories”, but in reality they’re not and it can be easily proven, so I won’t get into that.

What’s the last thing you did for the first time?

Send someone money through a wire transfer or whatever it’s called. (not interesting, right?) it would be much more interesting if i told you the last thing i did for the first time before that but that’s maybe for another time.

What’s the first thing you do when you are bored?

If you had to remove one color from the world forever, which would it be?

What can you talk about for hours?

Politics, and the reasons why our world is so f^cked up nowadays.

If you could have dinner with any three people from history, who would they be?

If you were given a million dollars today, how would you spend it?

take 300k for myself, and invest the rest in stocks, crypto, real estate, etc.

If you could have a song play every time you enter a room, what would it be? 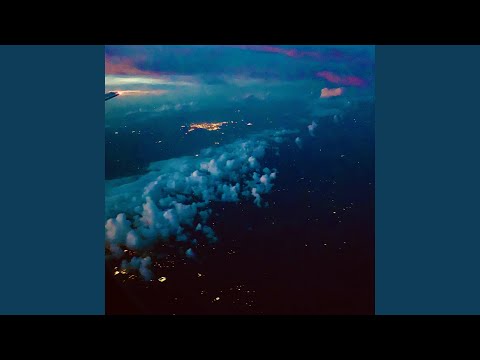 What are you proud of, but never had an excuse to talk about?

The fact that I’m the 2021 champion of Canada in the sport I play in (ikr, crazy) I won the title last month.

Thank you @RainbowCat for those awesome questions lol

Hey @QuestionsThread people, remember to ask questions if you haven’t had a question thread and really want one!

are you in any rps?

Are you in school, do you have a job, or both?

Homeschooled, but it’s not going well since i’m not getting any help from the ministry or whatever, so i might go back to normal physical school.

What’s your ideal way to spend the weekend?

Playing my sport, hanging out with friends and familly, reading/learning, playing piano and stuff

What music do you listen to most often?

That’s a hard one, it really depends, I’m fond of everything metal. I also enjoy classical music, alt/pop too. I appreciate meme music too if you haven’t noticed. Mashups and songs with alot of bass.

What are your top three songs right now?

Are there any singers your friends like that you really aren’t into?

pretty much rap artists to some extent

Have you written a story on any platform?

What would you consider ‘overrated’?

OMG, I LOVE kibbeh!! Are you Lebanese? My nephews’ dad is, and I eat at his restaurant often. The kibbeh there is the absolute best!

either working out or the sport I play

i’m going to be completely honest I don’t even know what SGing is, so i can’t really answer these questions until i know what it is lol

are you in any rps?

I used to rp in video games, such as gta rp and gmod rp, I have alot of experience, but the kind of rp like we see on here nah i don’t do that.

it really depends, i feel like when i use lmao it’s more sarcastic then lol

Have you dyed your hair?
Do you think dyed hair looks good?
What color is your toothbrush?
Are you an animal person?
More of a homebody or out and about?
Is it pop or soda? (Or something else)
How do you pronounce roof?
Do you like getting questions?
Should I come up with more?

An SG is a story game. Meaning that the creator(s) of the story will be the one(s) writing the story for the characters. The creator(s)…

Have you dyed your hair?

no, but I might try it in the future

What color is your toothbrush?

Are you an animal person?

Kind of, i’m not like “oW my GODDD a cat it’s so cutesie UWU” but I appreciate animals.

More of a homebody or out and about?

Is it pop or soda? (Or something else)

How do you pronounce roof?

Should I come up with more?