For this week’s Question Thread, we have @schittwriter! Congratulations!

If any of you have any questions for him, feel free to post below! If you wanna blow up his notifications, feel free to @ him, too!

The questions can be as silly as you like. Just make sure you’re following the guidelines – no swearing or NSFW/mature questions, please!

If you’d like to have the chance to be chosen for next week, sign up to the @QuestionsThread Group!
Remember you need to post a question at least to be kept in the running for questions star!

Hey @QuestionsThread people, remember to ask questions if you haven’t had a question thread and really want one!

Hey @schittwriter, how are you? (wink)

If you had to live the rest of your life in the world of a tv show, which show would you pick?

What are your pronouns?
Do you watch the Simpsons?
Sweet or sour?
Have ya ever been on a date?
How’s your day?

Hey @schittwriter, how are you? (wink)

I’m the epitome of tired.

Thanks for asking though.

What do you know about SGing?

Is that “Study Grouping”…? I don’t know so I can’t really answer that and the rest of the SG questions. 🥲

If you had to live the rest of your life in the world of a tv show, which show would you pick?

Inside Job because 1. It’s funny. 2. Reagan is my spirit animal and 3. Work life wouldn’t look so mundane.

I’m the epitome of tired.

Thanks for asking though.

Is that “Study Grouping”…? I don’t know so I can’t really answer that and the rest of the SG questions.

HAHA. Nah it’s Story-gaming. Here is the [SG guide thread(The Guide to SGing!) or if you prefer to help out the forums, you can find it here on the website.

Sleeping on my back.

“If you’re looking for sympathy, it’s in the dictionary between sh*t and syphilis.”

If you could have any exotic animal as a pet, which would it be?

I don’t think I’d choose any tbh since I’m just content with dogs.

Which of your personality traits are you most proud of?

Would you rather make more money doing a job you hate or less doing one you love?

Who was your favourite cartoon character when you were a kid?

Do you believe in giving people second chances, and why?

If you could shop for free at one store, which one would you choose?

Hmm I’m not sure but probably at a real estate agent where I could purchase houses for free and then sell them, does that count?

If you could buy one thing for free for the rest of your life what would that thing be?

What is your favourite TV show?

I guess it’s Inside Job for now since I haven’t been watching much lately but Fast & Furious: Spy Racers is pretty entertaining too (my nephew and niece got me into it).

Fry and Leela from Futurama.
But if I can include a movie ship, it’d probably be Kylo and Rei especially if she had managed to get through to him (even though she didn’t).

I don’t have single favorites since there are a lot of movies that I love.

But some of them are: 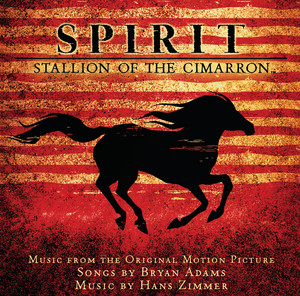 This Is Where I Belong

It’ll always be a classic to me.

Who is your favourite celebrity?

What are your pronouns?

Do you watch the Simpsons?

Have ya ever been on a date?

My day’s okay. It’s not exciting but it’s not a total bore either.

What would you do if you found a dead body in a hotel room?

🤷 I mean… nobody walks into a hotel room expecting to see a dead body so… yeah.

If bald people work in a restaurant, do they still need to wear a hairnet?

I was not expecting that lol.

What has been the most embarrassing thing you’ve ever worn?

Probably shoes that were way too big for me. I felt like I was out of proportion and that they were going to fall off my feet. Aside from those, probably anything my parents have ever picked out for me.

Which one would you choose: be alive and alone or about to die with a group of friends (u prefer that with me or not it’s your choice

Have you ever attempted to swallow toothpaste?

A little bit yeah, not a huge amount though if that’s what you mean.

Do fish have a thirst for water?

Yes, I ask everyone the same questions because the answers to these are often really interesting